The Language of IoT 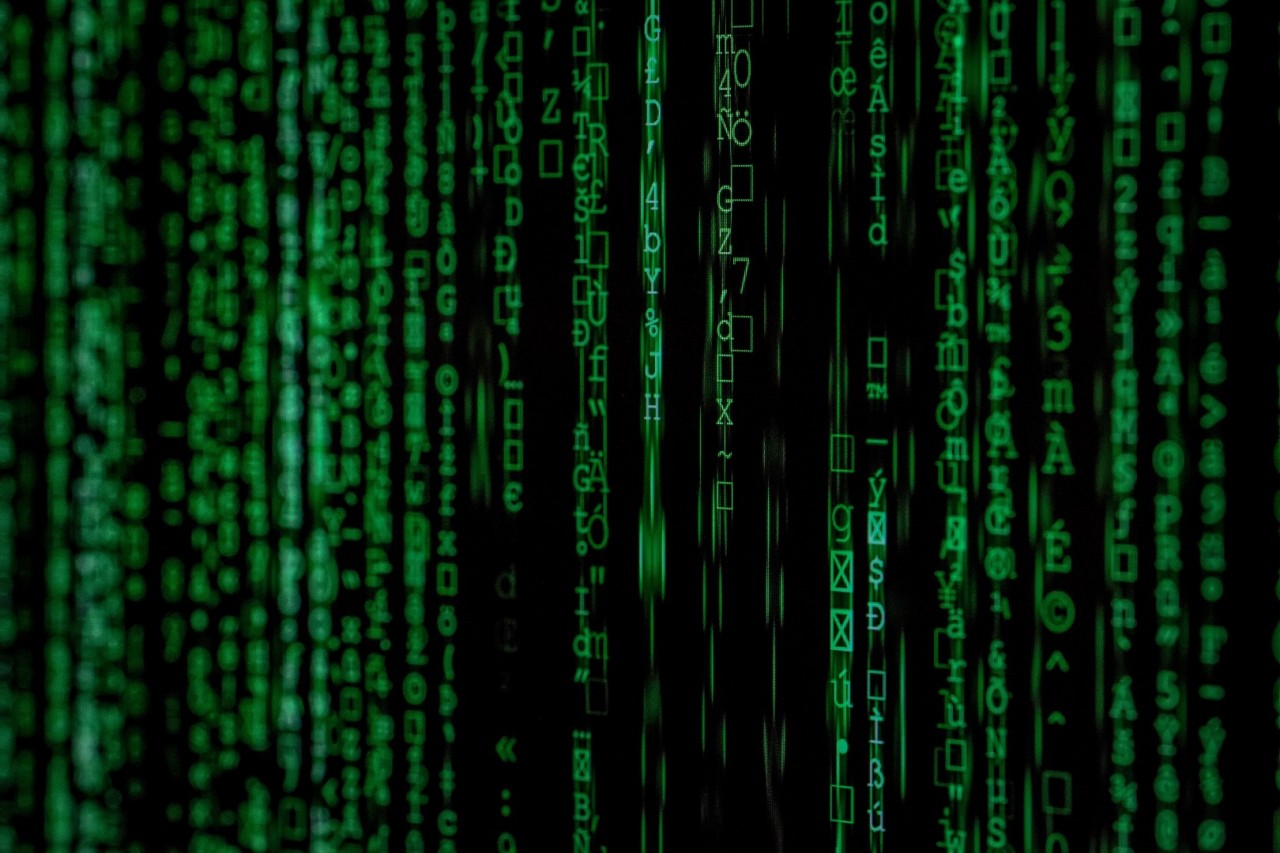 Internet of Things, Zigbee, Z-Wave, X10, MQTT, nodes, pairing! What is all of this? In this article, I'm going to go over the common language of home automation and try to help you make sense of all of these terms and concepts. *NOTE* this article is alive and will change as time goes by.

This article is less of an article and more of an informal dictionary/glossary and reference guide. Where possible, I will try to supply

I am prone to making mistakes so if you find one, please let me know by sending me a message through my Contact Form and thank you in advance for the heads up!

What is a Standard? - A standard is a commonly agreed way of doing things. In the context of this document, a technical standard is a common agreement on how to implement a technical solution. An example is the U.S. Standard for AC power cords. Going one step further, a Standard Specification is the nuts and bolts of the agreement - the thickness, distance, material, shape and spacing for those AC power plugs.

What is a Protocol? - A technical protocol is the set of rules governing communication standards. Think of this as the rules on how two or more devices communicate - who talks first? what language do they speak? what do answers to requests look like? etc?

What is a Network? - A network is a set of interconnected devices. A network can be connected by wires, radio waves, light or even sound but in the case of home networks the typical connections are wired, wireless, or both. Wireless networks vary in communication standards such as 802.11(a,b,g,n,ac, etc) or what is commonly referred to as "WiFi", Bluetooth, LDP433, Zigbee, Z-Wave, and others. When you think of a network, think of two or more devices all sharing the same communication medium (wired, wireless) and the same communications protocol.

What is the Difference Between Low Voltage and House Voltage? - What I am about to say is incorrect but for practical conversation, these descriptions are close enough. Low voltage, as in low voltage lighting, is referring to lighting that is 24v or lower and usually, but not always, DC voltage. High Voltage is sometimes incorrectly used to refer to house voltage AC lights (110VAC).

Technically, high voltage is voltages above 600 volts but trying to describe the difference on the side of a set of string lights at the store is problematic. So, because of advertising, we have this messy language. From here on out, I use the term "low current" instead of low voltage to talk about what they mean which is, "safe, low current devices". Additionally, I will use "line voltage" when talking about the power in your house at your plugs or equipment.

The National Electric Code is complex and house wiring is very important. Improper wiring poses a severe risk of fire or electrocution. Please take it seriously. If you are unfamiliar with even basic safety practices, please do not attempt to alter your home's wiring or wired devices. Hire a professional!

What is a Single Gang Box? - A "gang" is referring to the width of a wall box and it's cover plate. A single gang box/plate holds one switch or plug. A double gang box holds two.

What is a GFCI Receptacle or Breaker? - GFCI or Ground Fault Circuit Interrupter, is a receptacle or breaker designed to detect and prevent electric shocks by detecting if electricity is being returned on the ground line. These safety devices are required for receptacles near water sources such as sinks, outside plugs, pools, etc.

What is an AFCI Breaker? - AFCI or Arc Fault Ground Interrupter, is a breaker that is designed to detect and prevent electric arcing. Arching of line voltage can produce temperatures in the thousands of degrees and can cause fires. AFCI breakers are required on circuits in bedrooms traditionally. As of the 2014 NEC, AFCI protection is required on all branch circuits supplying outlets or devices installed in dwelling unit kitchens, along with the 2008 NEC additions of family rooms, dining rooms, living rooms, parlors, libraries, dens, bedrooms, sunrooms, recreation rooms, closets, hallways, laundry areas, and similar rooms and areas.

What does Gauge Mean? - Gauge in the context of these articles refers to wire gauge or wire size. Wire gauge sizes run  in reverse - the smaller the gauge number the bigger the wire. If you're interested in how wire is sized, more info can be found here: https://en.wikipedia.org/wiki/American_wire_gauge

What is a Momentary Switch? - Momentary switches / buttons do not lock into an ON position, Meaning, you have to hold the button down or keep the contacts in the switch connected. When you let go of the switch or button, the connecton opens again. Examples include arcade buttons, buttons on a radio, and some garbage disposal switches.

What is a Router? - A router manages traffic between two similar networks. The most notable is a home router that manages the between the internal network of the home and external network that exists between the router and the ISP modem/gateway.

What is a Gateway? - A gateway manages traffic between two dissimilar networks. Dissimilar being those that have different protocols and/or communication mediums. In the context of home automation, an example of a gateway is a Bluetooth to Ethernet (home network) adapter.

What is an AP? - An AP (Access Point) allows a wired network to connect to a wireless network. In home networks, and access point and a router are often combined in the same unit. Access points can be combined to create a mesh where devices can move from one access point to another.

What is WiFi? - As mentioned above WiFi is a trademarked name for a networking protocol set - specifically this refers to the set IEEE 802.11x (a, b, g, n). You can think of WIFI as a wireless version of a network cable.

What is Ethernet? - Ethernet is a defined networking standard that governs a set of physical (wired) network protocols for local area networks (LANs). In the past, these protocols included different types of cabling but today, there are two major types of LAN cables - xBase-T (twisted pair copper cable) and xBase-F (fiber optic cable). The x part of this refers to the potential speed in megabits per second. Today's standard in copper for example is gigibit ethernet or 1000Base-T.

Going a bit further, when talking about these standards and the cables that you can go out and buy, we talk about the CAT number of the cable. Current standard CAT rating for a gigabit cable is CAT5e or CAT6.

What are MAC and IP Addresses? - People often think of network communication in terms of the way people talk to each other at a party - lots of people talking together. While this makes sense when thinking about the "noise" or "chatter" on a network, it isn't actually very representative. A better analogy is to think of communication between devices in terms of the mail system. Each device that connects and communicates over a wired or wireless network needs a unique identifier and an address. A MAC address is actually a unique hardware identifier. This identifier is unique to any device anywhere in the world. No two devices anywhere will have the same MAC address. IP addresses are unique addresses on a particular network. There are likely many devices around the world that have the same IP addresses but they are on different networks. No two devices on the same network can share an IP address.

To think about this another way, you are the only you that exists (MAC) but you may live with other people at your home and your home address is only unique in your town. Just like there may be two or many more cities with an 100 Oak Street (IP Address), there is only one 100 Oak Street, Your Town, Your State, Your Country.

So, when a devices wants to talk to another device on your home network, it registers its MAC address to the DHCP server (most likely on a router) and receives a unique IP address that is only unique on the local network. When device A sends a message to device B then it addresses the message with the IP address of the B devices and "mails" it over the network.

What is a Mesh Network? - A mesh network is one where many, if not all the nodes (devices) on the network both receive and re-transmit their neighbors messages. There are a couple of big advantages of mesh networks in that the range of the network can be extended by simply adding more nodes and also because each node is a repeater, the failure of one is not likely to take down the whole network.

What are "Smart" Devices? - To expand further on the criteria above, any device is "smart" if it connects to the Internet for any reason - getting updates, reporting statistical usage data, etc. Also, a common compliant in the Home Automation community is to require that the device connect to be connected to the manufacturer's servers over an active Internet connection. This requirement means that when the internet connection fails for any reason OR if the manufacturer stops supporting the device, the device essentially becomes useless or much worse than just "dumb."

What is a Hub? - In the context of a Smart Home, a hub is a device that other devices connect to for control and automation. Think of the Samsung SmartThings hub, the Wink hub, or the hub that is created by Home Assistant or OpenHAB - they are stand alone devices for connecting and controlling "smart" devices locally.

What is a Base Station? - The word base station is often used interchangeably with either hub or gateway.

What is Z-Wave? - Like WIFI, Z-Wave is a wireless communication protocol. Unlike WIFI, Z-Wave is a proprietary protocol that doesn't directly connect to a home LAN directly. A Z-Wave network is a Mesh network - meaning that each powered "node" can relay data to the next without a central access point increasing range and reliability. Z-Wave devices only talk to other Z-Wave devices so, one would need a gateway to cross from the Z-Wave networks to an Ethernet network, for example. The Z-Wave protocol incorporates encryption making the data transmitted more secure than some other wireless networks.

Z-Wave devices are also low power by design and as such is routinely used in security and home automation systems for battery powered devices such as door monitors, electronic locks, and moisture sensors.

What is Zigbee? - Like Z-Wave, Zigbee is also a mesh network protocol set designed for low power devices. One big difference between Zigbee and Z-Wave is that Zigbee is open sourced and therefore available for people to incorporate into their projects as they wish. This also tends to make Zigbee enabled devices less expensive than their Z-Wave alternatives due to the licensing fees paid by the manufacturers.

Zigbee suffers one specific and substantial problem that Z-Wave doesn't - backwards compatibility. There are branches of Zigbee devices that are not compatible with other versions. So, one would need to be careful not to limit themselves to the version that is incompatible with a device that they need.

What is X10? - X10 is one of the oldest standards for home automation. Developed in 1975, X10 typically uses the existing wiring in your home to communicate between controllers and devices. While this technology was very popular for a time, it isn't as widely used anymore. There are however, hybrid systems that still use the standard for powerline transmission in addition to a wireless protocol. For example, Insteon uses a X10 hybrid standard for their line of products.